With 43 wickets from 23 ODIs and 35 scalps from 21 T20Is, Chahal is being seen as a vital cog in India's World Cup campaign in UK next year.

New Delhi: Leg-spinner Yuzvendra Chahal is focussed on making good use of the one-month break post IPL to sharpen his skill sets at the National Cricket Academy under Narendra Hirwani before embarking on India’s challenging tour of United Kingdom. Chahal has emerged as India’s frontline spinner in limited overs format alongside chinaman Kuldeep Yadav, post the Champions Trophy in June last year, taking over the mantle from R Ashwin and Ravindra Jadeja.

With 43 wickets from 23 ODIs and 35 scalps from 21 T20Is, Chahal is being seen as a vital cog in India’s World Cup campaign in UK next year. The 27-year-old doesn’t have the prior experience of playing in the UK but he has already planned how he will go about the task on his maiden tour in six weeks’ time. “Before England, we are going to Ireland. The weather is expected to be the same as in England. I have a month left after IPL. I will go to NCA in Bengaluru for training. There I will have a chat with my coach, Hirwani Sir (former India leg-spinner),” Chahal said after RCB’s win over Delhi Daredevils in an IPL encounter.

“He (Hirwani) has also played earlier in the UK (for India as well as league cricket). So, I will ask him about the weather and conditions. India A team will also tour first and I have a lot of friends in that team. I will try and find out from them as to how helpful the pitches are and how the bounce is. The second season is very important for any player as oppositions prepare various strategies.”

Asked about how he would counter all the video analysis done of his bowling, he replied: “Just like they have videos of our games, we also have theirs.” Chahal has not been as prolific in the ongoing IPL as he has been during past editions but he has been keeping things tight. He has picked up 10 wickets so far in 11 games with an economy rate of 7.57.

On a personal front, he is satisfied with his performance so far. “If I am not getting wickets, then I am also giving away fewer runs. That means, this year the batsmen are not attacking me that much even though they have seen me more now,” he said.

RCB’s bowling this season has been more consistent than their batting even though they have been guilty of leaking way too many runs in the death overs.

“We are making mistakes in the death overs, but we will gradually improve.”

Defending the inconsistency of RCB batsmen, Chahal said: If we reached the final in 2016, it was because of the batsmen. In every match, they were the guys, who gave us 200 plus totals. As bowlers, we should also be aware every time, we will not get to defend 200. 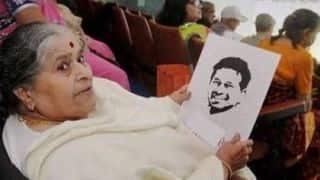