Former captain Zaheer Abbas has expressed his wish to become the chairman of the Pakistan Cricket Board (PCB), as Ijaz Butt s tenure ended last Saturday. 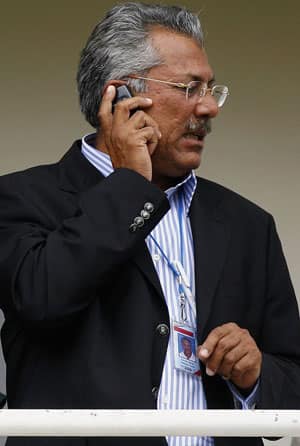 Former captain Zaheer Abbas has expressed his wish to become the chairman of the Pakistan Cricket Board (PCB), as Ijaz Butt s tenure ended last Saturday.

“I would obviously be interested in being the new PCB chairman. Although no approach has been made yet, it s such a coveted post that it will be impossible for me to say no to it.”

The committee chief Intikhab Alam said a new coach will be named before the start of Bangladesh series in December.

“We don t know who the next chairman will be and whether he will keep this committee or form a new one. Without knowing what s going to happen next, all we can do is sit and wait. We had some very good applications and we also approached a lot of big names but unfortunately, few of them were reluctant to come to Pakistan and sign up for the post and the rest had commitments they weren t willing to let go of,” Abbas said.

The Express Tribune reported that Pakistan president Asif Ali Zardari is yet announce the new PCB chief or give an extension to the current one, and till then, Butt will continue to serve.

Zardari s spokesperson Farhatullah Babar stated that no decision has been taken so far, and ESPNcricinfo reported that the president is mulling on the idea to give an extension to Butt.

BCCI set to ring the changes for IPL 5