Khan has been one of the finest pacers for India. He has played 92 Tests and 200 One-Day Internationals scalping 311 and 281 wickets respectively. Former India pacer Zaheer Khan may be past his prime, but he has not lost his touch. The 41-year-old who is a part of the Delhi Bulls franchise in the ongoing Abu Dhabi T10 League came up with a brilliant spell of fast bowling on Friday against the Qalandars. The veteran bowled two overs conceding eight runs and he picked up a couple of wickets as well. His spell, more importantly, comprised of five dot balls.

But what caught our attention was the wicket of Peter Trego. It was a classical slower-yorker that completely deceived Trego and he was clean bowled.

Here is the wicket. The video was posted by his wife Sagarika Ghatge. It was captioned, “Excuse my excitement !!! @zaheer_khan34 at his best once again.”

Khan has been one of the finest pacers for India. He has played 92 Tests and 200 One-Day Internationals scalping 311 and 281 wickets respectively.

“Every format of cricket has its own place and fan following. This is the third year of the T10 league and it’s growing every year. So, this format in my understanding can work as a catalyst for the global growth of the sport,” Zaheer was quoted as saying by IANS.

“It’s a great thing that this property of T10 is doing great and all the stakeholders associated with it are working in the right direction,” Zaheer added.

“It is a global tournament and there are opportunities for all the players to take part in it. There’s a process which is followed by the league committee and players registered under that. It’s one of the unique leagues where there’s no such restriction on the number of players from a particular country. This is a good opportunity for UAE cricket and the youngsters over here to showcase their talent,” he concluded. 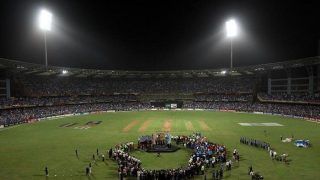 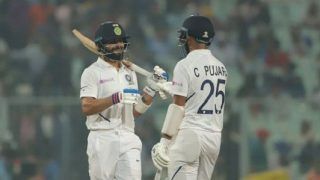