PCB has been in an administrative crisis this year.

The ousted chairman of the Pakistan Cricket Board (PCB), Zaka Ashraf has mocked the move by the present board set-up to have a new constitution for the PCB. “It is funny but when I was chairman the new constitution was vetted and approved by the government and the International Cricket Council also had no issues with it. Now we are being told that another new constitution has been sent to the government for approval,” Ashraf told reporters on Tuesday after meeting with a delegation of the Greece cricket association.

Sources in the PCB told PTI that the present board set up was not very happy at the fact that the visiting delegation had decided to meet with Ashraf, who was ousted by the government in February and than by a Supreme Court order last month. Ashraf, who was first appointed chairman by former President Asif Zardari in 2011 and than got himself elected for a four year term in 2013 under the new constitution, has thrice been forced to leave his post since last year in May when a petitioner first went to the Islamabad high court challenging his election as chairman.

Najam Sethi, who was appointed chairman in place of Ashraf by the government in February and was than again restored by the SC, has also been in and out of the board several times since last June when he first took over. “I don’t know what is the need for this new constitution. It is a waste of time. The only purpose appears to be to end the democratic process I had started in the board as per ICC advice,” Ashraf said in Lahore.

Ashraf said the present set up headed by Sethi was taking strange decisions without thinking about its repercussions on Pakistan cricket. “I have been accused of hiring people but the people being hired now by this board are being given salaries which run into millions annually.”

The Sethi-led board last month sacked around 150 employees of the board most of whom were appointed during Ashraf’s tenure but many of them have gone to court challenging their termination letters. 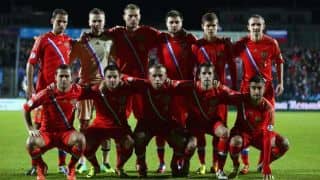