Sethi claims that the 'Big Three' have assured Pakistan of more matches.

Sethi had said that Pakistan would get several home and away bilateral series against the top nations during the 2015-2023 period including India, and in the process the PCB will get richer by around 30 million-pounds.

According to The Dawn, the current PCB chief had claimed that international cricket’s ‘Big Three’, India, Australia and England, had assured him that teams including India would visit Pakistan for matches.

However, Zaka, who was PCB chairman in February, had reportedly refused to accept the ‘Big Three’ hegemony and said that Sethi was not showing the true picture to the Pakistan.

Zaka said that Sethi failed in pleading Pakistan‘s case genuinely and questioned that if India will not honour its commitment to play bilateral series with Pakistan then what the nation could do adding that how can they rely on Indian courts.

Zaka claimed that he had rejected ‘ Big Three’ on the issue that the international court of arbitration should settle any dispute between cricket states, the report added. 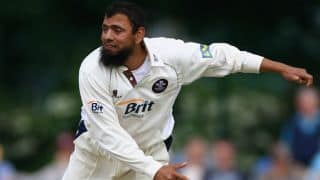