Zaka Ashraf was due to announce the new head coach of the Pakistan team.

Two major announcements about the new head coach and the Pakistan squad for Asia Cup were held up due to the sudden dismissal of Pakistan Cricket Board (PCB) chairman, Zaka Ashraf and would be reviewed by the new management committee and its chairman, Najam Sethi at their meeting on Tuesday.

A reliable source in the board told PTI that Zaka Ashraf was due to announce former Test captain, Waqar Younis as the new head coach of the team on Monday and also give approval to the Pakistan squad for the Asia Cup.

“But both announcements were held up due to his sudden sacking by the government,” the source said.

He said chief selector, Aamir Sohail had been told to finalize his squad by Monday and submit it to the chairman for approval and announcement.

“Sohail after hearing the news about the changes in the board didn’t show up at the Gaddafi stadium.”

He said similarly the coaching committee of the board had been told to finalize names for the positions of head coach, batting coach and fielding coach for the Pakistan team on Monday.

“The coaching committee had recommended the name of Waqar as head coach, Shoaib Muhammad as batting coach and Ejaz Ahmed as fielding coach,” the source said.

The source said now all the decisions would be reviewed by the new management committee and its chairman, Najam Sethi at their meeting on Tuesday.

“The committee will also review all the previous decisions taken by Zaka since he was reinstated as chairman by the Islamabad High Court last month including the appointment of Sohail as chief selector and the dismissal of Moin Khan as manager of the Pakistan team,” the source said.

“The decisions will definitely be reviewed and there are also chances that some of them may be reversed,” the source added.

Zaka had made Zakir Khan, the new director of International cricket operations, as the manager of the team for the Asia Cup and ICC World Twenty 20 2014 in Bangladesh, instead of Moin Khan, and also appointed Sohail as chief selector.

He also brought in Muhamamd Illyas as the new chief selector for the Pakistan Under-19 and the women’s team.

“Zaka had also appointed former Test batsman, Basit Ali as the head of the regional cricket academy in Karachi,” said the source.

The source said since taking charge in January, Zaka had also made fresh appointments in the board on a daily basis.

“All his decisions will now be reviewed but Waqar is likely to be announced as head coach for the Asia Cup and World T20,” the source added. 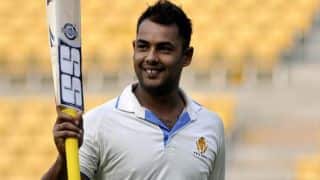 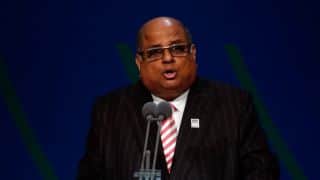