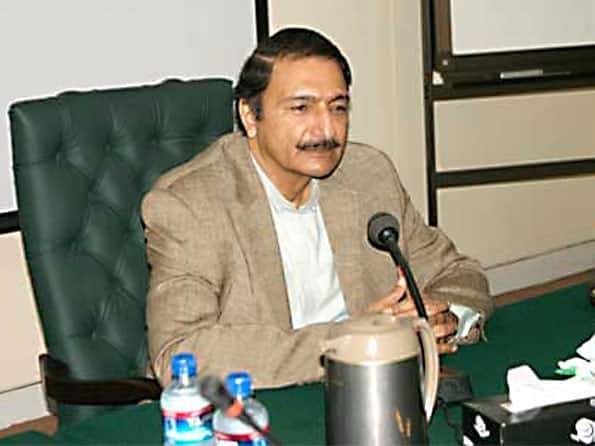 Like all his predecessors, Ashraf is quoted in the Pakistan media as saying that his priority is to give the Pakistan cricket a face-lift.

Ashraf has been asked to take over the reins with immediate effect and Butt’s request for a six-month extension was rejected.

Ashraf, 59, a member of the executive committee of the ruling Pakistan People’s Party, told a private TV channel that he would work hard to live up to the confidence reposed in him by the President, who is also the patron of the PCB, and promised to work for resumption of cricket ties between India and Pakistan.

“People in both Pakistan and India love cricket so I will try to work for the resumption of ties between the two countries,” Ashraf said.

Butt, who many thought would not see through his three-year tenure, had a tough time tackling the problems faced by the country’s cricket and the 73-year-old was under fire from both aficionados, former players and officials.

Butt got into trouble for alleging that the English players were mixed up in match-fixing and he had to retract the statement after being threatened to proceed against legally.

Butt also got into problems by sacking Shahid Afridi as captain and before that Australian coach Geoff Lawson. He had a running battle with former Pakistan captain Javed Miandad who was appointed in a key position in the PCB administration by Zardari.

It was after several days of speculation that President Zardari decided not to give extension to Butt and to appoint Ashraf.

Ashraf’s appointment was a bit of surprise as the President and CEO of the Zarai Tarqiati Bank Limited (ZTBL) was not in the race.

A senior banker Ali Reza and former Pakistan Test captain Zaheer Abbas were the frontrunners for the job.

Ashraf pulled it off because of his close proximity to Zardari as he was a collegemate of Zardari.

A PCB source said Ashraf has never been associated with any sports body and his knowledge of cricket is suspect.

The first signs of Ashraf’s appointment came when he was closeted with the President Tuesday evening even as Butt made a hurried exit from the PCB headquarters at Gaddafi Stadium in Lahore.

Butt had returned to Lahore Monday after attending an ICC Executive Board meeting in Dubai and he was told this afternoon that his request for extension was turned down by the President. Butt’s term ended Saturday.

Before bowing out, Butt announced that India had agreed to play a charity match against Pakistan to raise funds for the flood-hit people in Pakistan.

Butt also stated that the next ICC president would be from Pakistan or Bangladesh.(IANS)