The Zimbabwe Cricket Union (ZCU) has managed to convince its players to tour Pakistan for the one-off limited overs series in May.

Karachi: The Zimbabwe Cricket Union (ZCU) has managed to convince its players to tour Pakistan for the one-off limited overs series in May but have asked the Pakistan Cricket Board (PCB) for special financial incentives for their players as well. According to sources in the PCB the ZCU after holding talks with its players and coach Dav Whatmore have conveyed to the host country that it would have to pay the daily allowances and match fees to the Zimbabwean players. Zimbabwe’s tour to Pakistan can revive international cricket there

“They have set forth some new conditions as their players were reluctant to tour Pakistan because of security concerns,” one source said. He said since the ZCU was also demanding a cut in the revenues of the series the PCB hierarchy would meet tomorrow to take a final decision on the tour. “We have to see whether the tour by Zimbabwe will be financially and otherwise viable for us now if we have to foot these bills,” the source added.  Zimbabwe puts forwards conditions to tour Pakistan

Pakistan are keen to host Zimbabwe from around May 20 for three one-day matches and two T20 Internationals in Lahore and probably Karachi as no Test-playing nation has toured the country since March 2009 when militants attacked the Sri Lankan team bus in Lahore. The source said that PCB was also upset with the statement from the Federation of International Cricketers warning the Zimbabwean players not to tour Pakistan as security conditions were not safe for them.

“The tour is not about how much we earn from it but about finally breaking the barrier and getting a test team to play in Pakistan but even than we will take a final decision on Monday as we have to weigh all pros and cons of the tour,” another source said. Zimbabwe also want a guarantee from Pakistan that they will undertake a return tour sometime in August this year. Ironically when Pakistan were due to tour Bangladesh they had also demanded a 50 per cent share in revenues from the tour from the host country. In the end the PCB agreed to send its team after the Bangladesh board agreed to pay them 325,000 US Dollars to cover expenses of the Pakistan team. PCB confirms Zimbabwe’s tour of Pakistan

Media reports said that Zimbabwean players had demanded to be paid 10,000 USD for touring Pakistan but Whatmore played a big role in convincing them to be reasonable in their demands. Whatmore remained head coach of the Pakistan team for two years before the PCB didn’t extend his contract in early 2014.  ICC’s change in rules may allow Pakistan to use domestic umpires vs Zimbabwe 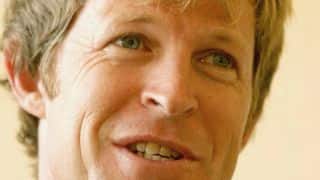