It was a disappointing result for the tourists ahead of a one-off day-night Test against South Africa, starting in Port Elizabeth on Tuesday.

Zimbabwe were defeated by five wickets on the third and final day of their day-night match against South Africa Invitation team at Boland Park on Friday. It was a disappointing result for the tourists ahead of a one-off day-night Test against South Africa, starting in Port Elizabeth on Tuesday. But they put up a fight after starting the final day in a poor position against a team consisting mainly of second-tier first-class players.

Resuming at 120 for seven, an overall lead of 29, the Zimbabweans added another 123 runs for their last three wickets, setting their opponents a target of 153 and extending the match into the last session. Uncapped Ryan Burl made a claim for inclusion in the Test side by scoring 51. He and Chamu Chibhabha (55) put on 97 for the eighth wicket. Wicketkeeper Ricardo Vasconcelos made an unbeaten 57 to take the Invitation team to victory.

The Zimbabwean seam bowlers were unable to take advantage of bowling under floodlights, conditions in which batsmen struggled on the first two evenings. Zimbabwean captain Graeme Cremer took four for 44 with his leg-spinners. 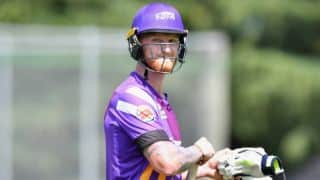