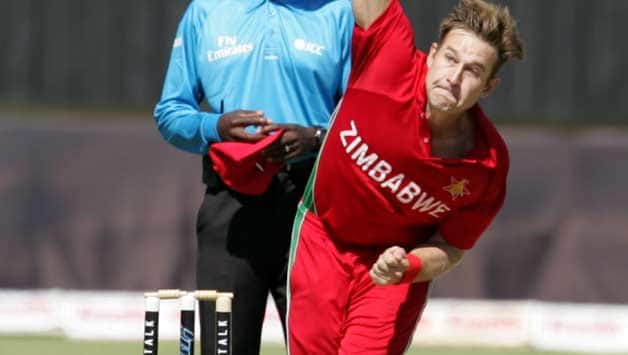 The 24-year-old fast bowler has withdrawn from Zimbabwe’s upcoming series against Pakistan and has accepted a County offer citing economic reasons.

“I have held off a few opportunities over the last few months but my decision was made about a week ago when the pay disputes arose and I felt my time to leave had come,” Jarvis was quoted as saying by cricket365.com

“I have retired from international cricket to pursue a county and global T20 career. We have had a few teams interested but me and my agents have agreed on a three-year deal at a top English county,” he added.

“I really hope the fans and public can understand my reasons for leaving, as job security is the main factor. I informed my team-mates that I would be leaving and they were supportive and fully understood why I was doing this. I then sat with the managing director and explained my position and we both left on good terms.”

He wished luck to the team ahead of the series against Pakistan.

“Zimbabwe will always be my home, and I would just like to thank everyone for their continued support over the past few years. I wish my team-mates and coaching staff the best of luck for the forthcoming Pakistan series.”

Jarvis’ decision comes just a few days after Zimbabwe players refused to practice following salary dispute with the board.

Jarvis has bagged 30 wickets in eight Test matches and 27 wickets in 24 ODIs for Zimbabwe.

Rohit Sharma, Suresh Raina's tons take India A to 489 for 6 at tea on Day Two against South Africa A