Pakistan were held to a modest score of 247 by Zimbabwe after winning the toss and choosing to bat at Queens Sports Club here on Thursday, in the first of three one-day internationals. 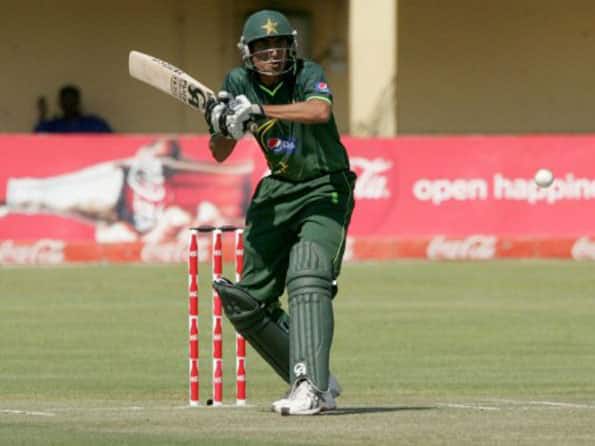 Pakistan were held to a modest score of 247 by Zimbabwe after winning the toss and choosing to bat at Queens Sports Club here on Thursday, in the first of three one-day internationals.

The tourists simply could not get a grip on the innings and lost wickets at critical times.

Misbah ul-Haq’s side seemed set to get more than 280 runs in the early stages even though they lost Imran Farhat for a duck in the first over, caught by Tatenda Taibu off Chris Mpofu.

Younis Khan and Mohammad Hafeez took the score to 74 before Hafeez, needing 56 for his 2000 ODI runs aggregate, hit a six, then a four and was then caught sweeping at square leg next ball to be out for 26.

He had been the less aggressive partner to Khan, who sped to 78 in 72 balls with some polished stroke-play.

His seventh century seemed assured but he was run out by Malcolm Waller going for a sharp second run with ul-Haq. It was not quite sharp enough by a couple of centimetres.

Pakistan were 126-2 when that happened, but when Shoak Malik was out for two runs the score slipped to 129-4 and Pakistan were forced into a cautious spell.

Farhat and Malik came into the side to score two runs between them.

Ul-Haq and Umar Akmal put on 60 runs for the fifth wicket but at no great pace as they consolidated while Zimbabwe held the upper hand.

Adnan missed several opportunities with wild swipe misses so that Sohail Tanveer did not get enough opportunities to move the score more briskly along.

Elton Chigumbura, returning to the Zimbabwe side after injury, was their best bowler, though his figures of 1-31 in 10 overs did not reflect that.

Zimbabwe captain Brendan Taylor opened straight away with left-arm spinner Raymond Price and the veteran finished with 2-39, being hard to get away towards the end.

But the wicket has slowed and 248 runs might be difficult to get, especially against Saeed Ajmal, for whom the home team have a healthy and nervous respect.(AFP) Hussain feels Pakistan could have been a threat to England