The Zimbabwe cricket team is set to tour Pakistan in May to play five one-day internationals.

Karachi: The Zimbabwe cricket team is set to tour Pakistan next month to play five one-day internationals in the first tour by a Test playing nation to this country since 2009. A reliable PCB source said the tour was on and matches would be split between Lahore and Karachi. “In Lahore the matches will be played at the Gaddafi stadium but in Karachi for security reasons the PCB is considering the Southend private club as a possible venue,” the source said.

The source said the PCB was keen to host two matches at the Southend club since it was in a secure location and environment and inhouse facilities for five star lodging swimming pool, gymnasium and restaurants are also there.

“The feeling is that hosting matches at the National stadium could prove to be a security problem so Southend is being considered as a option,” he said.

But he made it clear the PCB had still not finalized the venue in Karachi. The Southend club was formerly known as the Defence cricket stadium and in 1993 Zimbabwe played a Test against Pakistan at this venue.

The final touches to the itinerary will be given this week on the sidelines of the ICC meetings with both boards keen to convince the ICC to send their match officials for the series. No Test team has toured Pakistan since March, 2009 when militants attacked the Sri Lankan team in Lahore. PCA Stadium in Mohali named after IS Bindra 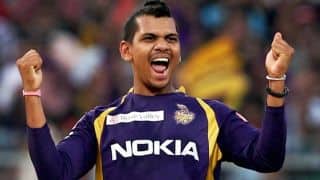