Zimbabwe s SRC (Sports and Recreation Commission) has re-instated the board which was suspended and replaced by an interim body last month.

Agreeing to a court order directed by the ICC, Zimbabwe s SRC (Sports and Recreation Commission) has decided to re-instate the board which was suspended and replaced by an interim body last month. In August, the ICC, in a letter had instructed ZC to formalise the meetings in which Zimbabwe was suspended over government interference. Additionally, ZC was also directed to re-instate board which was appointed on June 14, 2019 and led by Tavengwa Mukuhlani.

“Accordingly, and pursuant to the said court order, the SRC hereby lifts the suspension of the directors of ZC, including that of the acting managing director [Givemore Makoni], with immediate effect,” read a statement released by the SRC on Thursday. “The interim committee accordingly ceases to administer the affairs of Zimbabwe Cricket forthwith.”

The meeting the ICC is referring to is the same in which it was unanimously decided that following government interference, which resulted in ICC freezing its funding towards the country s cricket affairs, Zimbabwe s ICC membership would be suspended with immediate effect. The board believed that the money distributed towards the development of cricket in Zimbabwe was being used elsewhere.

“The Minister and the SRC agreed to engage the suspended directors of ZC,” read the SRC’s statement. “These discussions have culminated in an Order of the Administrative Court of Zimbabwe giving effect to a deed of settlement concluded by all of the litigating parties.” 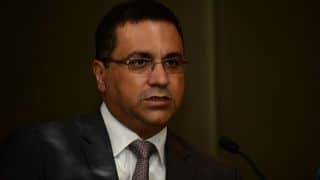 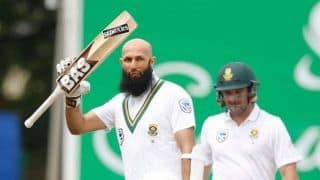