Usman Ghani became the second-youngest cricketer to score a One-Day International (ODI) century after he hit an elegant 118 of 143 balls against Zimbabwe in their second of their five-match ODI series at Bulawayo on Sunday.

Ghani, aged 17 years and 242 days, surpassed Pakistani batsman Imran Nazir who was 18 years and 121 days old when he scored an unbeaten 105 against the same opposition in Grenada in April, 2000. The record is still held by dashing Pakistani batsman and former captain Shahid Afridi, who scored 102 off 40 balls against Sri Lanka at the Nairobi Gymkhana at the age of 16 years and 217 days. The knock is still remembered for being the fastest century at the time, off a mere 37 balls.

Ghani’s hit 12 fours and a six in his entertaining innings. His knock was however the only highlight in the Afghan total in which no other batsman managed to reach 30. The opener was the last man to fall as the visitors put up a respectable score of 256 for the loss of seven wickets at the end of their innings.

List of youngest batsmen to have scored an ODI century: 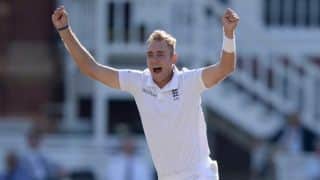