That is it for Zimbabwe! They are all out for 198 in 39.3 overs. Australia win by 1xx runs and they also win with a bonus point. Zimbabwe batsmen never really looked comfortable playing this quality pace attack.

Zimbabwean batsmen are fighting a lost cause. They have nothing to lose now. Can we expect some entertainment from them?

Half the side is back into the pavilion. It has been a struggle for the Zimbabwean batsmen right from the beginning. None of the batsmen looked comfortable. Masakadza has hold on to his nerves and he is fighting a lone battle. No contribution whatsoever from his teammates. It’s tough to recover from this situation. Austrlia looking to wrap up quickly.

Zimbabwe are slowing losing their sight. Brendan Taylor was dismissed by Mitchell Johnson. He was brought back into the attack and he gave them the breakthrough. Finch almost popped it out of his hands.

Zimbabwe need another 27 runs to win. in 34 overs. This is definitely a tpugh task. Raza was playing well but threw his wicket away to Nathan Lyon. Masakadza is still there at the crease. Brendan Taylor has come out to bat for Zimbabwe.

The run rate is only 4.13 for Zimbabwean. In order to chase the target down, they need to accelerate. Masakadza and Raza are playing the pacers well. Richardson need to get his line right. He’s given away 18 runs in his 3 overs.

Australian fielding have been right on the money from the very first over. No room whatsoever. Starc and Johnson are boeling ata fiery pace. and now Kane Richardson has been introduced into the attack. Zimbabwean batsmen are finding it difficult to score.

What a great start for Australia. Mitchell Starc picked up a wicket with his very first ball of his spell. Zimbabwean batsmen are being treated with a lot of short stuff from Mitchell Johnson and Starc. A wicket maiden upfront for Starc. Things are getting difficult for them.

The second innings is under way! A huge target for Zimbabwe to chase. let’s see what do we have in store for us.

So there it is, Australia have registered their highest ODI score against Zimbabwe. Not joking but going by the Australian attack, even half of this should be too much for Zimbabwe. They scored 147 in the last 10 overs. Slow start from Australia but there was no stopping Maxwell and the ones that followed.

That’s Johnson showing he is stronger than Maxwell. Broken glass…

That was a huge hit from Mitchell Johnson. Pitched up full from Panyangara and Johnson heaves it over the bowler’s head and it smashes straight in to the glass of the commentary box. Australia are all set to register their highest ODI score against Zimbabwe.

I love Maxwell so much for his complete disregard for landmarks.

Maxwell’s love for 90s just doesn’t fade. After a few 90s adventures in the Indian Premier League, here he is, missing out on a record of fastest century by an Australian. Maxwell hammers consecutive sixes off Tendai Chatara and then follows with one more which balloons high in the air and Mawoyo takes a good catch metres inside the boundary.

Maxwell had hit it hard towards mid-off and Steve Smith had backed far too much. Direct hit from the fielder Sikandar Raza and Smith is well short.

50 up for Glenn Maxwell. What an innings it has been. The Zimbabwean bowlers has been taken apart by him and Marsh. 300 looks certain for Australia.

Mitchell Marsh have announced an attack on the Zimbabwean bowlers.  Maxwell too has joined the party. This is a brilliantly placed innings from Marsh. Bowlers are finding it hard to stop these batsmen from scoring. 20 runs from the 42nd over!

Here comes the switch hit from Maxwell, and it’s gone all the way. Australians are making a move.

The ball is lost! What a hit from Marsh!

Australia have been kept quiet for a long time. Chigumbura have rotated his bowling options really well. Marsh needs to make a move as he is nearing his half century. George Bailey threw his wicket away to Sean Williams. The spinner are bowling a good line and length. Glenn Maxwell is out in the crease and the stage is set for him to launch an attack on the Zimbabwean bowlers. But at the moment, the bowlers are giving no room whatsoever.

The Zimbabwean bowlers have really pulled it back. The Australian skipper George Bailey is out at the crease as a brilliant innings from Finch came to an end. Marsh have struggled to attack the Zimbabwean bowling.

Things have slowed down a bit for Australia. Zimbabwean bowlers have made a good comeback. Mitchell Marsh is finding it difficult to time the ball and Finch has not been getting the strike so he’s been quite for a while too.

Australia lost their first wicket in the form of Brad Haddin. He played himself down. The Zimbabwean skipper picks up his first wicket. This partnership was looking dangerous. Finch is still their at the other other end. prosper Utseya has been economical.

Nothing is working for the Zimbabwean skipper Elton Chigumbura. He has introduced himself into the attack. Haddin too has joined the party. Both Finch and Haddin are timing the ball brilliantly. Finch is already closing in on his half-century. Haddin has been rotating the strike quite well. The run rate is close to 5.5 runs an over.

Chigumbura immediately trying to slow things down. He has introduced spin from both the ends. Nyumbu and Sean Williams. Haddin has been quiet on one end but Finch is still going at a strikerate of over 100.

Finch has decided to take on the bowling. Two big sixes in the over from Panyangara. And the run rate is suddenly close to 5 an over. A big over for Australia.

First no ball of the morning and its a free hit! and Finch hoikes it for a boundary

Zimbabwe have given nothing away as of yet. This is good bowling by Panyangara and Chatara. Keeping genuine strokemakers like Haddin and Finch quiet is a terrific job. No room offered whatsoever.

A maiden over from Panyangara! This is good stuff from Zimbabwean bowlers.

Tinashe Panyangara and Tendai Chatara began the proceedings for Zimbabwe. Australia have made a cautious start. Both Finch and Haddin have the ability to take on any bowling attack. Let’s see what they have in store for us. Australian players are wearing black arm bands today as a mark of respect following the passing of Nathan Lyon’s grandmother.

And the match begins, Aaron Finch and Brad Haddin to open the batting for Australia!

Hello and welcome to CricketCountry’s live blog of the first One-Day International (ODI) of the triangular series in Harare, between the hosts Zimbabwe and Australia. This is Rajarshi Majumdar, and I will be bringing you the updates of the match.

Australian skipper Michael Clarke has not recovered from a hamstring injury in time for the first match and he will not be be taking a part in their first match after a long break. George Bailey will be captaining the Australians in Clarke’s place. Australian coach Darren Lehmann said in a statement released by Cricket Australia, “Michael had a fitness test at training today and unfortunately hasn’t come through that well enough to be available for selection in game one. He will continue intensive treatment on his hamstring and we’ll monitor his progress ahead of game two on Wednesday.”

After using 16 players during a three-match ODI series against South Africa in Bulawayo this week, Zimbabwe coach Stephen Mangongo believes he will be better placed to field a side that can be competitive. Zimbabwe’s selections at times appeared haphazard and reactionary, with the decision to drop leading batsman Brendan Taylor for the third game the most controversial, but Mangongo defended the home side’s decisions in the 3-0 series defeat, AFP reported. 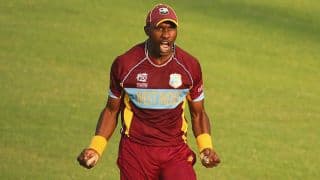 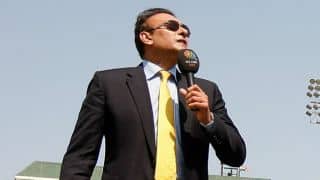 If Ravi Shastri were to direct Christopher Nolan’s Batman trilogy