The ongoing Test between Zimbabwe and Sri Lanka at Harare saw visitors’ skipper Rangana Herath script numerous records with his guile and effective left-arm spin. Herath claimed a fifer and helped his side dismantle Zimbabwe for a mere total of 242. With this, he also became the third bowler to have a fifer to his name against all Test playing nations. The only other bowler to have done so are Muttiah Muralitharan and Dale Steyn. Herath has been the spine of Sri Lankan bowling in the recent times and did a commendable job while leading the spin attack. He has now scripted history with this memorable outing. The table below is a detailed description of all the three bowlers to have scalped a fifer against the Test playing nations. Full Cricket Scorecard: Zimbabwe vs Sri Lanka 2nd Test at Harare

Herath also became the second Sri Lankan skipper to have taken a fifer with the first one being Sanath Jayasuriya. He also has the third-most wickets for Sri Lankan captains. He has joined the elite club of Muttiah Muralitharan and Dale Steyn with this memorable outing. Sri Lanka are now in a commendable position after scoring 504 in the first innings. After which their bowlers did a magnificent job in dismantling Zimbabwe for 272. Sri Lanka are now batting again in the second innings and will look to pile some runs and set a target for the hosts to chase. IT’s going ot be a difficult task for Zimbabwe as Sri Lanka are now dominating this game. Herath has one more innings to bowl and one can expect his records to only get better. He has done a tremendous job as the skipper of the side and will look to register a whitewash as they are leading the two-match series by 2-0. 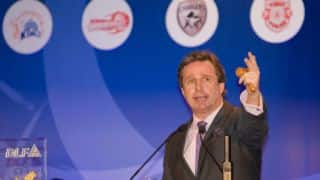