Perhaps the biggest of all ball-tampering controversies rocked the cricketing world in the year 2006 and again, Pakistan were central to it.

Pakistan and the menace of ball tampering go back a long way. Ball tampering, for the record, is an action in which a fielder illegally alters the condition of the ball, which in turn influences the outcome of the match. If we take a look at the history of the game, we will find ample examples of the same. One of Pakistan’s most successful skippers Imran Khan even revealed in his autobiography that there were numerous occasions when he scratched the side of the ball, lifted the seam and once, only once, used a foreign object too. “When Sussex were playing Hampshire in 1981, the ball was not deviating at all. I got the 12th man to bring out a bottle top,” he wrote. Result? The ball soon started swinging like never before and his side Sussex won. ALSO READ: Watch: Umar Akmal stirs controversy by complaining about his batting position to Imran Khan.

Then it was in the year 1992, when three Pakistani bowlers Wasim Akram, Waqar Younis and Aaqib Javed — all protégés of Imran — were accused of ball-tampering during the team’s tour to England. However, all of them escaped without getting punished. Later, in 2000, Waqar became the first player to be suspended for an ODI on charges of ball-tampering, after TV images showed Waqar and teammate Azhar Mahmood scratching the ball and lifting the quarter seam during an ODI against South Africa in Sri Lanka. Shoaib Akhtar too was in the middle of ball-tampering controversy once. There were others too, who kept hitting the news once in a while for the wrongdoing. ALSO READ: Pakistan’s biggest victory in ODIs and 14 other interesting stats from Ireland vs Pakistan, 1st ODI.

However, perhaps the biggest of all ball-tampering controversies rocked the cricketing world in the year 2006 and again, Pakistan were central to it. They were touring England and playing fourth and final Test of the series against the hosts at The Oval. The match was a dead-rubber as England had pocketed the series by winning two of the first three games. But Pakistan were playing for pride, as it looked evident from their approach. After bundling out England for 173 in the first innings, they put on a huge score of 504 on the board. With a massive lead of 331, Pakistan were in complete command and well on course to taste their first win in the series and salvage some pride.

Though England showed some signs of fight-back with three of their top four batsmen scoring half-centuries, Pakistan retained advantage in the match by reducing them to 3 for 218 on day four. When the score reached 230, first signs of the drama were noticed when the umpires called for a change of ball at the end of the 56th over. By then, Mohammad Asif and Umar Gul, who shared eight wickets between them in the first innings, had started reverse swinging the ball. Umpire Darrell Hair, who was not happy with something he spotted on the ball, decided to change it after consulting Billy Doctrove, the second on-field Umpire, in addition to awarding five penalty runs to England. When it dawned upon the Pakistani team that they were accused of ball-tampering, the players were naturally hurt. ALSO READ: Darrell Hair: Life and Times.

After the tea interval, with score reading 4 for 298 and England still trailing by 33 runs, Pakistani players, led by Inzamam-ul-Haq, decided to protest against the Umpires’ decision to award five penalty runs to the opposition team. Their original plan was to delay the restart by a few moments, but when the Umpires reached the middle and did not see the Pakistan side following them, they walked off. On seeing Inzamam standing at the balcony and closing the doors on their face, they thought the Pakistan team is coming on to the field. But when the Pakistani players did not turn up for long, Hair and Doctrove removed the bails and left the field. By the time Inzamam and Co. decided to return, it was too late, as the annoyed Umpires forfeited the Test and awarded the game to England.

A series of hastily arranged meetings between ECB and PCB officials did not bear any result, even as the frustrated sell-out crowd at The Oval waited and was given assurance from the balcony that the play will resume. After all the drama, Inzamam did lead his team onto the field once and stood there for a few moments, before realising the Umpires were not going to return. The decision was already made by then, according to Law 21, regarding the result of a match, which states, “A match shall be lost by a side which in the opinion of the umpires refuses to play.” PCB Chairman Shahryar Khan clarified later that Pakistan were ready to play. “We have indicated very clearly that we can go out and play, in fact the boys came out and that we want the Test match to continue,” he had said.

At 6:13 PM, the match was called off for the day and four hours later, abandoned. The Pakistani team wanted to play on the final day, but the Umpires had made their mind. Even the late-night negotiations failed to change the opinion of concerned officials, as the decision of awarding the match to England stayed. After more than a month of debate, ICC cleared Pakistan of ball-tampering charges but banned Inzamam for four ODIs for bringing disrepute to the game. Nearly two years later ICC turned the result into a draw, only to take a u-turn the following year and reinstating the original result. Hair, who had turned into a villain for whole of Pakistan, was banned from officiating in international matches by the ICC in November 2006. 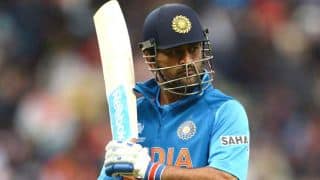