Andrew Flintoff is the former English cricketer who at present plays for Brisbane Heat in the Big Bash League.

Andrew Flintoff is the former English cricketer who at present plays for Brisbane Heat in the Big Bash League. He was one of the great all-rounders England has ever produced and made an overall impact with his performance. He was equally effective with the bat and the ball.

Flintoff was seen attending the Abu Dhabi Formula One with his wife Rachael Wools. Flintoff got married to Wools back in 2005 and the couple is blissfully married with three children; a daughter Holly and two sons Corey and Rocky.

The all-rounder made his Test debut in 1998 against South Africa and retired from all formats of International cricket in 2009, where he played his last Test Match against Australia in the Ashes. He is the third highest wicket-taker for England in One-Day International (ODI) cricket with 168 wickets. He has also featured for Chennai Super Kings (CSK) in the Indian Premier League. Flintoff has a keen interest of writing too and has written books like My life in pictures and Ashes to Ashes, Andrew Flintoff, etc.

Post retirement, he opted for a career in boxing and defeated American Richard Dawson in a professional boxing match. 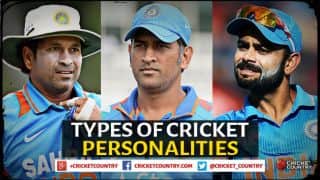