All good to go!! @steve_smith49 gets my thumbs up.

Australia batsman David Warner was seen sharing a candid moment alongside team-mate and flamboyant batsman Steve Smith ahead of Australia’s tour game against Northamptonshire, as well as the fifth and final Ashes 2015 Test against England at the Oval, beginning on August 20. Australia have already conceded the urn to their arch-rivals after a humiliating innings and 78-run defeat at Trent Bridge, in which they were shot out for 60 in the first innings. The pair, who currently form the backbone of Australia’s batting order, will look to put their best foot forward in the final Test in order to end the series on a positive note in order to give a proper send-off to Michael Clarke, Chris Rogers and Brad Haddin, who are all set to retire following the end of the series. READ: Australia should pick Brad Haddin for Oval Test 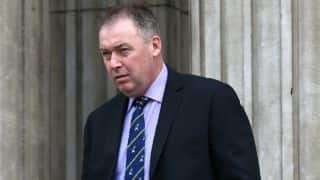 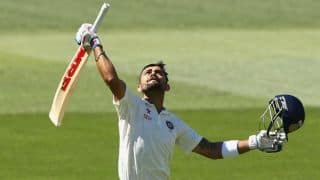