Brian Lara had an uncanny knack of scoring big runs in any format of the game.

West Indies cricketer Brian Lara was widely reckoned as one of the most technically composed batsmen of his era. He had an uncanny knack of scoring big runs in any format of the game. In 1994, Lara inscribed his name in the history of Test cricket when he became the highest run scorer with his tenacious knock of 375 against England at St. John’s. But years later, Matthew Hayden fired a dogged 380 against Zimbabwe at Perth in 2003.

Lara once again shot to limelight when he became the first man on this planet to score 400 in Test cricket and reclaimed the record from Hayden. It was the fourth Test of The Wisden Trophy in April 2004 at St. John’s when Lara stuck to his guns and gave the Australian a run for his money. West Indies were placed at one for 33 after opting to bat first when Lara walked out to bat with Chris Gayle being at the other end.

Lara confronted the pumped English attack with immense confidence and did exceptionally well to remain unbeaten on 86 at stumps on Day 1. He resumed his innings from where he left the other day and played elegantly to bring up his century. He continued to pile massive runs on Day 2 as well and once again remained unconquered at stumps at the score of 313 along with Ridley Jacobs for 47. This was the time when the hope of Lara overhauling Hayden’s record started picking up the pace and the pressure was humongous.

When Lara turned out to bat on Day 3, the onus of making the golden opportunity count was on him. He was batting on 374 and was just a run away to surpass his previous best score of 374 and to everyone’s surprise, Lara did so in style. He hit a massive six to a flighted delivery from Gareth Batty over long-on and equalled Hayden’s highest Test score record of 380. This was a nerve-wracking situation and Lara broke the shackles with an exquisite boundary and bettered Hayden’s record. Interestingly, Lara achieved this feat against the same opposition and at the same venue.

Lara wasn’t done here; he had some higher feats to be achieved. He went on to achieve a landmark which no other cricketer had ever accomplished as he smashed an unbeaten 400 which included four sixes and 43 boundaries. He kissed the pitch in joy and the handshakes followed. By now, Lara had written his name for eternity in the books of cricket and this legendry knock will be remembered and cherished for generations. The record still remains victorious as not batsman till date has breached the score set by him.

Though the Test didn’t end in a favourable way for the West Indies but they had a lot to relish about. England were eyeing for a whitewash but some brilliance from the Caribbean southpaw restored the glory and further avoided a clean sweep. 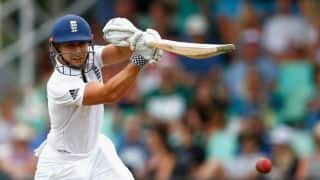 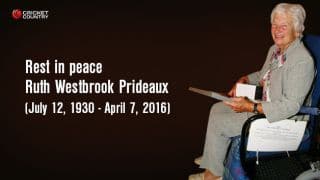