The young Australian all-rounder was hit for four sixes and a boundary in an over, Gayle raced to his fifty from just 17 balls.

It was a one man show. A slaughter, destruction, a day when every bowler’s self confidence must have been shattered. Bangalore’s Chinnaswamy stadium wore the look of a filled Roman colosseum and Chris Gayle, a gladiator slaying opponents merciless but with a smile.

On this day, two years back, Gayle scored the fastest hundred in Twenty20 for Royal Challengers Bangalore (RCB) and also registered the highest score in this format. In the most brutal display of batting, the Jamaican left-hander struck an unbeaten 175 from 66 balls, in an innings that contained 13 fours and a record 17 sixes. This sort of carnage could have happened against anyone but the unfortunate victims of the massacre were Pune Warriors, who were already having a torrid time. The actual carnage began in the fifth over when Mitchell Marsh was brought on to bowl. The young Australian all-rounder was hit for four sixes and a boundary in an over, Gayle raced to his fifty from just 17 balls. If you think that was quick, he completed his hundred in another 13 balls and in the ninth over of the innings he had got to the milestone.

RCB had posted 263 for five in 20 overs and won the match by a whopping 130 runs. Gayle couldn’t do anything wrong on this day. He bowled the last over and got two wickets. 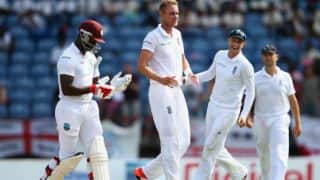 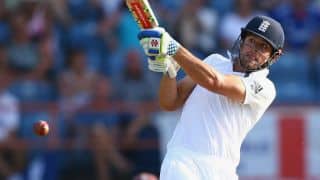