New Zealand too have all their bases covered. Quite a few of their players have decent experience of playing in Indian conditions, having toured the country before for bilateral series as well as the Indian Premier League (IPL).

For last few years, New Zealand batting revolved around its inspirational leader Brendon McCullum. It was under him that the team had a dream-run to the World Cup 2015 at home, where they lost the only game of their campaign which was played away from home. Unfortunately it happened to be the final. With McCullum retiring from all forms of the game last month, this is the first major ICC event New Zealand will take part in without him. The captaincy baton has been passed on to the young Kane Williamson, who has been in a prolific form across formats. READ: ICC World T20 2016, South Africa overview: Perennial favourites will look to banish the ‘chokers’ tag.

Despite coming in to a new tournament with a new leader, the focus will invariably shift towards McCullum from time to time. Critics and fans alike, all had hoped that the swashbuckling batsman would reconsider his retirement which was ill-timed with the ICC World T20 being just a month away. But he moved on, and so did his team. Under Williamson, the team will be looking to recreate the same magic. The good thing for the BlackCaps is that the core of the team has remained the same for quite some time. This will augur well for them in the tournament.

Traditionally, in the shortest format of the game, New Zealand have been a fantastic side. But they have not won a single title, which does not do justice to their talent. Their best performance came during the inaugural edition in 2007 where they made it to the semi-finals. They did well but were beaten by a spirited Pakistani side. Had they won the game, they could have had a great chance of winning the title against eventual winners India — a team that has not been able to beat them in T20Is so far. But since then, New Zealand’s performance has only gone downhill, as they have not reached to the knockout stage of all the other T20 World Cups.

But 2016 will be a fresh start. They are entering into the most open edition of ICC World T20 so far. Though India are being called the favourites, they still have a fair share of flaws to be ironed out. This means all the major Test playing nations hold an equal chance to the silverware. New Zealand too have all their bases covered. Quite a few of their players have decent experience of playing in Indian conditions, having toured the country before for bilateral series as well as the Indian Premier League (IPL). They have a solid batting line-up which looks settled, a good number of all-rounders in the side, an attacking wicketkeeper batsman and a potent fast-bowling attack.

Their spin-attack can be the area of concern, but Nathan McCullum has enough tricks up his sleeve to deliver in a crunch tournament. It is always good to have a leg-spinner in the squad and in young Ish Sodhi, New Zealand have one. With his left-arm spin, Mitchell Santner provides options as well as variety to the attack. All-in-all, the team looks extremely good on paper. The likes of Martin Guptill, Williamson, Ross Taylor, Corey Anderson, Grant Elliott, Colin Munro, etc. will hold the key in batting while Tim Southee, Trent Boult, Mitchell McClenaghan, Nathan McCullum and Sodhi will be important with the ball. Anderson, Santner and to some extent Elliott will play the dual role for their side during the campaign. 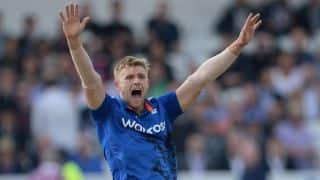 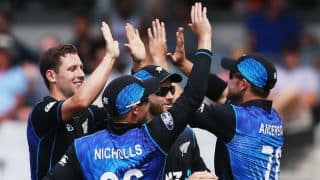