Historically, South Africa have not produced top class spinners in limited-overs cricket but Tahir's emergence has helped them massively.

Imran Tahir’s sensational spell bowled South Africa to a win against West Indies at Basseterre, St Kitts on Wednesday. The win takes South Africa to the top spot in the points table of the ongoing tri-nation tournament. Tahir with his 7 for 45 not only registered the best figures by a South African bowler in One-Day Internationals (ODIs) but also became the fastest South African to the 100-wicket mark.

Historically, South Africa have not produced top class spinners in limited-overs cricket but Tahir’s emergence has helped them massively. Tahir is one of the best bowlers in ODI cricket and his presence for South Africa, Mitchell Starc’s for Australia and Sunil Narine’s for West Indies has lit up the current tri-series. All three of them are great exponents of ODI cricket. ALSO READ: Ahead of Mumbai ODI, Imran Tahir sells all his property in Pakistan!

Tahir with his second wicket reached the 100-wicket mark. Before him, Morne Morkel was the fastest South African to 100 wickets and overall, he was tied at the fourth position alongside Waqar Younis and Irfan Pathan. The trio have now slipped to fifth. Pakistan’s off-spin legend Saqlain Mushtaq sits at the top of the list. 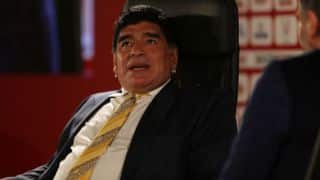 Diego Maradona: I do not have magic wand 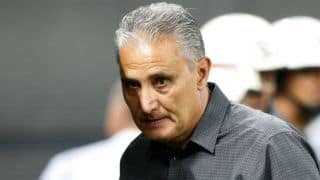