This was McCullum’s fourth hundred within 100 deliveries and there have been few more similar instances in past.

New Zealand captain Brendon McCullum needed only 54 balls to complete the 12th century of his Test career. His majestic display came on the first day of second match against Australia at Hagley Oval, Christchurch. While batting, McCullum was unaware of the fact that he surpassed Viv Richards record of fastest Test century, which he never wanted to do and felt bad for that.

McCullum beats previous best record of fastest century in 56 balls in his 101st Test, which is a rare thing to do. As very few players have scored centuries in their 101st Test it took more three decades to break this record. McCullum admitted that from the start of the match, he was trying to hit every ball out of the park. Australian bowlers were hammered ruthlessly by this Kiwi batsman and they will be slightly happy for the fact that he is going to retire after this match.

The first hundred within 100 deliveries was scored by Gilbert Jessop in 1902 against Australia in just 76 balls at The Oval, which was a huge achievement in those times where matches were played in almost unplayable batting conditions. It’s been more than a century and looking back at those times and then again have a look at the current era, one can realise how this game has evolved, especially in batting department. This was McCullum’s fourth hundred within 100 deliveries and there have been few more similar instances in past. Century under 100 balls scored the most is by former Indian opener Virender Sehwag — seven times. The below infographics will give a clear information of batsmen scoring hundred atleast more than twice in their career within 100 deliveries. 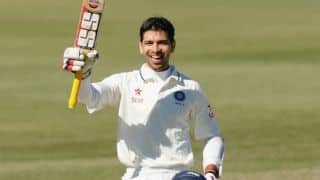 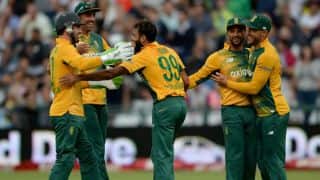