The venue is all set to host the 39th Boxing Day Test to be held in Australia, with the first one having being played in 1950.

The Melbourne Cricket Ground (MCG) is the largest cricket ground in the world with a capacity of around 100,000 people. It’s the tenth largest sports stadium in the world and has the highest light towers at any sporting venue. The venue for the first ever Test in 1877, MCG is among three iconic and must play grounds for any cricketer, the other two being – Lord’s in London and Eden Gardens in Kolkata.

The Boxing Day Test at the MCG is one of the most popular sporting events in the world. Christmas is about peace and goodness but every year the following day; this venue turns into a battlefield. Ask any cricketer, nothing beats the excitement of playing a Boxing Day Test at MCG.

The venue is all set to host the 39th Boxing Day Test to be held in Australia, with the first one having being played in 1950. India already two down, now play their penultimate Test of the series here, and to their dismay, along with form even the history is against them.

India have played six Boxing Day Tests at MCG, the first being in 1985, when India almost pulled off a win. The match ended in a draw, but ever since then they haven’t been able to replicate a performance matching that. In the five subsequent tours in 1991, 1999, 2003, 2007 and 2011, India played the Boxing Test at this venue, and all the encounters have ended in defeat.

Anything less than a win for India in third Test at this incredible venue will mean parting away with the Border-Gavaskar trophy. 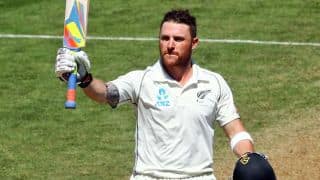