Damien Martyn posted photo of the trio together on his Facebook page.

Former Australian middle-order batsman Damien Martyn is in South Africa with former England batsman Kevin Pietersen and former South African all-rounder Jacques Kallis. In a photo posted on his Facebook page Martyn said,  “Not a bad group to travel with while in South Africa .. #Ntsirihyenas.” Martyn is in South Africa on a holiday and is thoroughly enjoying himself. In the photo that he posted on Facebook, the trio can be seen relishing an alcoholic bevaerage in their car. Pietersen and Martyn are seated in front while Kallis can be seen on the back seat. Pietersen and Kallis are wearing shades— black and blue respectively. Jacques Kallis is giving a subtle smile.  READ: Australia’s self-belief helped outplaying India in 2003 World Cup final: Damien Martyn

Martyn was part of Australia’s side which defeated India in ICC 2003 World Cup final. He played a match winning knock in the final along with Ricky Ponting. Martyn was a good batsman and has an average of above 40 in Tests and ODIs. Martyn has 13 and five centuries respectively in Tests and ODIs. Kallis was a great batting all-rounder South Africa produced and is considered the greatest all-rounder in Test cricket along with West Indian Garry Sobers. Kallis averages 55.37 with bat in Test cricket. He also took 292 Test wickets in his career. Talking of Pietersen he is a destructive batsman and is known to give the game of cricket the switch hit. In 137 ODIs Pietersen has an average of 40.73 and a strike rate of 86.58. Pietersen boasts of 23 and nine centuries in Tests and ODIs respectively. 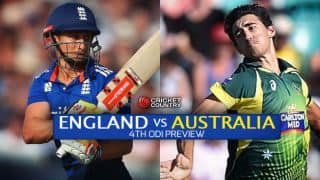 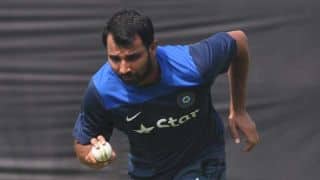