After losing the wicket of KL Rahul early, Murali Vijay and Cheteshwar Pujara revived India on Day Two of second Test against Sri Lanka at Nagpur. Vijay and Pujara both scored centuries while building a 209-run partnership and guiding the hosts to 312 for 2 at stumps of Day Two. While Vijay was dismissed by Rangana Herath, Pujara remained unbeaten with Virat Kohli at the end of the day.

This was Murali Vijay’s comeback match from his wrist injury that sidelined him for eight months. He showed his class, scoring a magnificent century.

Pujara, too scored a ton. After Vijay’s departure, Pujara held fort with Kohli to anchor the innings.

Kohli and Pujara remained unbeaten at stumps of Day Two. 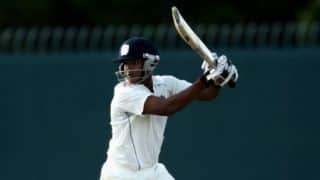 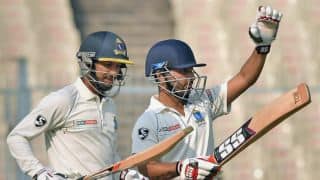