With the score 99, he might have missed the record by a whisker but on the other hand Rohit enters another club

The prolific Indian opener Rohit Sharma found himself quite unlucky when he fell one short of his century at Sydney during the fifth One-Day International (ODI) against Australia. He would have beaten the record of West Indies legend Viv Richards for most centuries against Australia at their home soil but luck didn’t let him achieve fruitful results and will certainly have to wait for more chances.

With the score 99, he might have missed the record by a whisker but on the other hand Rohit enters another club. So far, he is the only Indian batsman to have got out at the score of 99 in ODIs against Australia and also the only player to do in their home soil. Beside him, there are few more cricketers who have been victim of many nervous 90s but a very rare bunch of cricketers are there to have such record in Australia against them. The below infographics will give you a perfect look of number of cricketers who floundered in their nervous 90s against Australia Down Under. 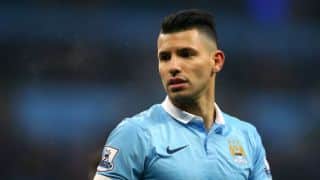