What followed after Kapil Dev went past Richard Hadlee

What followed after Kapil Dev went past Richard Hadlee

This photo dates back to February 12, 1994 and the scenes are from the Indian dressing room after India defeated Sri Lanka by an innings and 17 runs on the fourth day at Ahmedabad, Gujarat.

Kapil Dev bagged his 432nd scalp by taking the wicket of Hashan Tillekaratne, who was caught by Sanjay Manjrekar. In doing so, Kapil went past Richard Hadlee as the highest wicket-taker in Test history.

What followed were celebrations. It wasn’t just Kapil, who was seen dancing on the table. The then Indian skipper Mohammad Azharuddin too joined him in the dance. There were reasons for the Indian captain to be in a merry mood. Not only India had defeated Sri Lanka 3-0, Azharuddin was also awarded the man-of-the-match and the man-of-the-series. 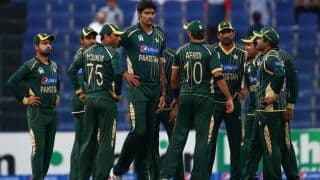 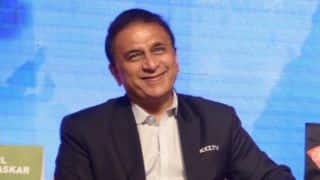