Former England cricketers Marcus Trescothick, Matthew Hoggard, Simon Jones and Steve Harmison have appeared in an interview with Michael Atherton on the official Youtube channel of the England and Wales Cricket Board (ECB). The interview is a part of the series that looks back at the historic 2005 edition of the Ashes, which England won 2-1.

Among those present for the interview, Trescothick had a good run with the bat during the aforementioned series. The southpaw finished as the second-highest run-getter in the series, scoring 431 runs in 10 innings at an average of 43.1, including three half-centuries. Jones, Harmison and Hoggard, on the other hand, finished with 18, 17 and 16 wickets respectively at averages of 21, 32.29 and 29.56 respectively.

England managed to halt Australia’s 16-year dominance of the urn with a 2-1 series win. While the series will be remembered for its fierceness, the most memorable game out of the five, as many would agree, would have to be the second Test at Edgbaston in which England overcame Australia by just two runs to level the series. 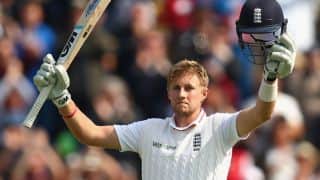