England won by 347 runs
Man of the Match: Joe Root

English spinner Graeme Swann said England will take the score at the end of the first day although rues a couple of missed chances.

He described his effort against Australian batsman George Bailey as “Worldly” as the Englishman couldn’t be prouder after pulling off a spectacular effort at square leg.

He joked that it was a poor delivery by his teammate Stuart Broad.

It ended honours even on Day One of the second Ashes 2013-14 Test between Australia and England at the Adelaide Oval. Australia finished at 273 for five with Michael Clarke batting on 48 and Brad Haddin on seven. 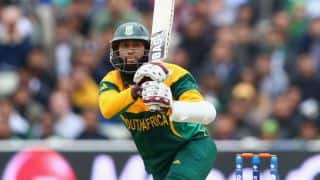