Chris Gayle does the Gangnam Style dance with other RCB players

Gayle had crawled his way to 49 off 44 balls in RCB’s chase of 117 against Rajasthan Royals in the last game, and perhaps wanted to make up for it as he slayed  the Pune bowlers on his way to an unbeaten 175 off just 66 deliveries, including 13 fours and a mind-boggling 17 sixes.

Bangalore reached 263 for five in their 20 overs, which is the highest ever score recorded in the IPL. Pune, of course, didn't know what what the bejesus had just happened.

Pakistan yet to announce squad for Champions Trophy 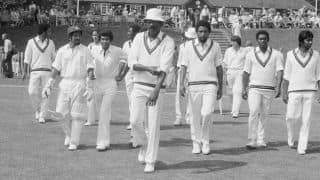