A five-member delegation from Cricket Australia (CA) has inspected the Green Park stadium to assess the playing conditions and security arrangements ahead of Australia's tour to India early next year.

Australia will be touring India early next year. India are currently playing against England, which will be follwed by a series against Pakistan and the limited-overs series after that against England. 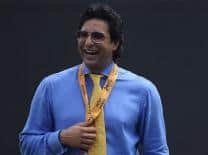 Indian selectors under no pressure from BCCI, says Rajiv Shukla