Joe Root and James Taylor threw light on England batting coach Mark Ramprakash’s view that outdoor would be great help before the Sri Lanka tour. England will tour Sri Lanka from November 26 till December 16, 2014. They will play seven One-Day Internationals against the Sri Lankans. England will be smarting from their three to two defeat against the Lankans at home in May and June. Alastair Cook’s side has had a rough time in One-Day cricket this year.

They have only won one series this and have been throughly beaten by Australia, Sri Lanka and India this year.
They were hammered in four to one in Australia in the One-Day competition. At home against Sri Lanka Cook’s men were leading the series before being vanquished three to two. India took them apart three to one in the Investec One-Day series. 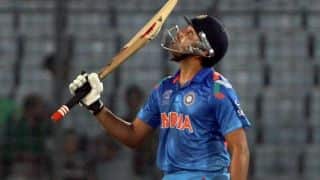