Gary Ballance: Jason Gillespie would do a great job if appointed England coach

Gary Ballance: Jason Gillespie would do a great job if appointed England coach

Gary Ballance bats at the all important No.3 for England.

England batsman Gary Ballance along with his teammates trains ahead of their first Test against New Zealand at Lord’s. With England looking for a new coach, Ballance says that Jason Gillespie would do a great job, if he is appointed the coach. Gillespie is currently the coach of English County club Yorkshire and recently said that he is “flattered” with the fact that he is  being linked to the post that has been vacant since Peter Moores was sacked recently. READ: England vs New Zealand, 1st Test at Lord’s: Preview

Ballance was in good nick in the series against West Indies and he will want to carry his momentum on in this series as well. Ballance also backs Adam Lyth to do well if he gets a chance. Lyth plays under Gillespie at Yorkshire and is one of the seasoned campaigners in County Cricket, with over 6,700 runs in 103 First-Class matches. READ: New Zealand could add to England’s woes believes Richard Hadlee

England take on New Zealand in the two-test series, the first of which begins on May 21. 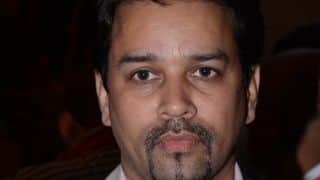