The delighted bowler said that five years ago he never dreamt of reaching this milestone.

Swann feels the pitch is too good to bat and he complimented Monty Panesar too for his effort in bowling.

Swann had Pujara stumped for 135, the first time the Indian batsman has been dismissed in three innings of the series.

Swann said it was a good track to bat once the batsmen get their eyes in. 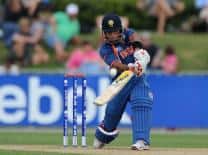