The pre-Asia Cup 'joke' that went serious has now been replied by an Indian fan and the result is hilarious.

The controversial poster featuring Bangladesh‘s Taskin Ahmed holding India skipper MS Dhoni‘s executed head in his hand left the cricket fans in India and even overseas fuming. The pre-Asia Cup ‘joke’ that went serious has now been replied by an Indian fan and the result is hillarious. India is all set to face Bangladesh once again in a small span and prior to the ICC T20 World Cup 2016 fixture, the famous ‘Mauka Mauka’ theme has been used in a modified way. While the previous poster ended up being a disturbing one, the new video has more fun elements in it that entertained the viewers than anything else. READ: Asia Cup T20 2016: Image of Taskin Ahmed holding MS Dhoni chopped off head makes round in social media

India are all set to face Bangladesh after a much-needed victory over Pakistan and look confident enough to beat the neighbors. India started their journey in ICC World T20 2016 with a defeat against New Zealand but promptly bounced back winning the high-voltage match against Pakistan at Eden Gardens, Kolkata. Bangladesh, on the other hand, qualified from the First Round to play in Group 2 but lost both their matches to Pakistan and Australia. Bangladesh are facing even more trouble on their way to the desired quarter-final qualification as their bowlers Taskin Ahmed and Arafat Sunny have been banned from bowling in the tournament following their action being reported.  full strength team India is easily the favorites while Bangladesh must not be taken lightly as the team has potential and can fire anytime. The match will be played at M Chinnaswamy Stadium, Bangalore on Wednesday. 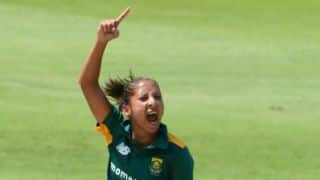