India practice ahead of their match against Afghanistan

India practice ahead of their match against Afghanistan
By

India will have to quickly decide on their team combination as they launch their ICC World Twenty20 campaign against minnows Afghanistan on Wednesday, hoping to get into the groove for the tougher battles ahead.

A win will ensure a Super Eights berth for champions of the 2007 edition even before they take on England in their second and final group league match on September 23.

In their only meeting till date, India had comfortably beaten Afghanistan by seven wickets during the last edition of World T20 in the West Indies.

While the battle of attrition will start once India take on England, a smooth start against the Afghans will certainly help the 'Men in Blue' hit a good rhythm and the team management will have an idea about the performance of their preferred combination.

The Indians are faced with the dilemma of whether to go in with five specialist bowlers or opt for the additional batsman, considering that bowling in the death overs has been a worry.

Skipper Mahendra Singh Dhoni is not someone who is known to tinker with the playing XI and believes in giving his preferred players a long rope. In fact, he has indicated that he would go in with four specialist bowlers and rely on his part-timers to fill in the fifth bowler's quota. 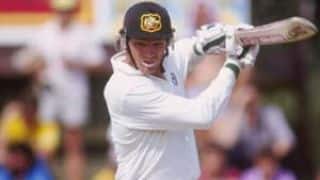 India vs Australia 1986-87: Dean Jones urinated, vomited, was dehydrated, but continued to battle on