Speaking after the match, Natalie Sciver said that she certainly enjoyed her knock (hundred) and that it came in a winning cause made it even more special.

After their 75-run win against New Zealand, England have qualified for the semi-finals. Natalie Sciver, who scored her second hundred in the ICC Women s World Cup 2017, was delighted about her team s performance. Speaking after the match, Sciver said that she certainly enjoyed her knock and that it came in a winning cause made it even more special. She also spoke about her marathon 170-run partnership with Tammy Beaumont and how did she prepare herself before going into the match to face the bowlers. She also said that among the New Zealand bowlers, the two leg-spinners, namely Amelia Kerr and Erin Bermingham, were difficult to face. 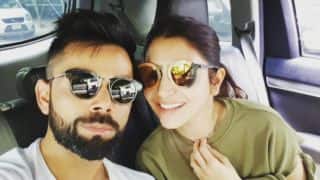