Is this appeal by Tabraiz Shamsi longest in cricket?

Is this appeal by Tabraiz Shamsi longest in cricket?

Shamsi was probably shocked by the decision given by the umpire but that was truly a whole-hearted appeal by him.

We have seen many uncanny and funny appeals in cricket but there are some rare occasions when appeals by a bowler go pretty long. Bowlers, especially pacers tend to have aggressive mindset when it comes to appealing but in the current cricketing circuit, be it spinner of a fast bowler, most of them appeal with full aggression and sometimes it turns into a funny appeal.

One such incident happened during the 12th match of Quadrangular-A Team One-Day Series between National Performance Squad (NPS) and South Africa A. It was the first delivery of the 37th over by Chinaman Tabraiz Shamsi to Clint Hinchliffe, which went straight towards his pads. Shamsi made a loud appeal and in doing so, he kept moving backwards with his funny jumps and then suddenly fell on the ground after the umpire declined his appeal.

Shamsi was probably shocked by the decision given by the umpire but that was truly a whole-hearted appeal by him.

Shamsi made his name through 2015 edition of Caribbean Premier League (CPL) and then in this year’s Indian Premier League (IPL). Just after his stint in India for Royal Challengers Bangalore (RCB), he got the chance to make his international debut for South Africa. He made his debut against Australia in the recently concluded Tri-Nation series in the Caribbean. He did decently on his debut by picking a crucial wicket of Glenn Maxwell from his spell of eight overs by conceding just 36 runs with one maiden as well. 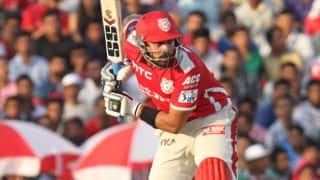 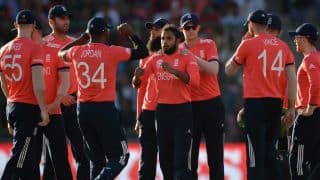