England won by 3 wkts
Man of the Match: James Taylor

England will face Australia in Sunday’s tri-series final after winning their One-Day International (ODI) against India at the Western Australian Cricket Association (WACA) ground in Perth on Friday by three wickets.

India had set a modest target of 201 to win for England. However, England stumbled early before recovering to edge their way to 201 for seven and win with 19 balls to spare.

The pair rode their luck, with several close calls, to put on 125 for the sixth wicket and carry their side to within 10 runs of victory, before both fell in quick succession.

Taylor made 82 (122 balls) before holing out to deep fine leg from the bowling of Mohit Sharma in the dying stages of the chase. 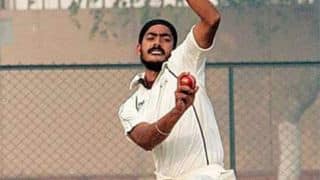