Manoj Tiwary shines in India A's win over Australia A

India A have beaten Australia A by five wickets in the Quadrangular Series Down Under. It was a game where Manoj Tiwary starred with the ball as his figures of five for 34 stunned the hosts and bowled them out for 228.

In reply, India A were led by Ambati Rayudu, Kedar Jadhav and Sanju Samson as they won the game with 13 balls to spare. Chasing 228, India A lost early wickets and had stumbled to three for 38. But, Rayudu constructed a good stand of 101 with Jadhav.

The Maharashtra batsman, Jadhav, scored 52 off 50 balls before he was dismissed by Cameron White. That did not deter India as Samson joined in and scored 49 not out. Rayudu remained unbeaten on 77. With this win, India remain on the top of the table in this quadrangular series. 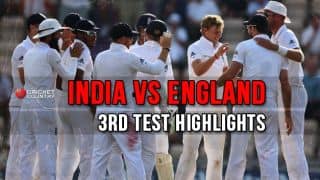 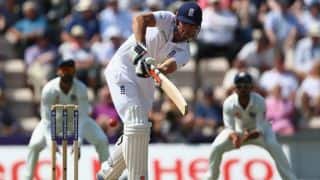 India vs England 2014, 3rd Test at Southampton: Players who were questioned did well, says Alastair Cook