Meg Lanning aims for a 5-0 whitewash against England eves

Australian batswoman Meg Lanning won the Belinda Clark award for the Australia’s Women’s player of the year  for her outstanding performances during their World Cup triumph in  2013 and also becoming Australia’s youngest captain—male or female.

Young Lanning said she was proud to represent her  country although she was disappointed in losing the Ashes series last month and put down the marker for Australia in 2014 by aiming for a 5-0 whitewash against England in the One Day Internationals (ODI).

Looking forward to the ODI series, Captain Jodie Fields said, “We think the Australian public will enjoy watching the strokeplay of Meg Lanning, Alex Blackwell and Elyse Villani, who have all had exceptional seasons in the domestic WT20 competition. Our batters will be well supported by the bowling of Ellyse Perry and Holly Ferling, whose pace is a genuine asset for the side. As the No.1 ranked team in T20′s, we continue to believe that our squad is well suited to this form of the game.” 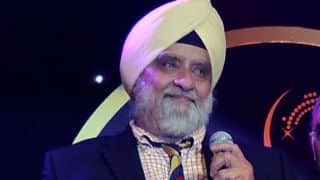