With 18 runs to score of the last over, an Australian win looked improbable.

Michael Hussey was one of the most consistent Test batsman and by virtue of that earned the title of Mr. Cricket. But Hussey was a great player in the limited overs format. His prowess in limited overs cricket was well established before this event in the World T20 but after clinching this thriller smashing his way against Saeed Ajmal his reputation was taken to the next level.

It was the World T20 2010 semifinal between Australia and Pakistan. With 18 runs to score and even that against Ajmal who was arguably the best T20 bowler of the time, most may have given up hope for Australia but Hussey was determined. Mitchell Johnson had to face the first ball, he rotated strike. Hussey now needed a near-impossible 17 runs of 5 Ajmal deliveries. 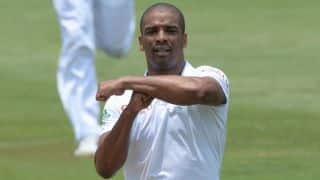