A spirited West Bengal outfit beats Railways by 48 runs in their controversy-filled Ranji Trophy 2013-14 quarter-final match to set up a Ranji Trophy semifinal clash against Maharashtra, at the Eden Gardens.

Set a target of 271, Railways were bundled out for just 222 in 83.3 overs with Laxmi Ratan Shukla leading from the front by taking 3 wickets for only 45 runs.

Ashok Dinda,  Sourav Sarkar  and Shib Shankar Paul returned with two wickets apiece to help Bengal to reach the semis for the first time since the 2006-07 season. It was truly a team effort from the Bengal team to beat a formidable opponent like Railways. 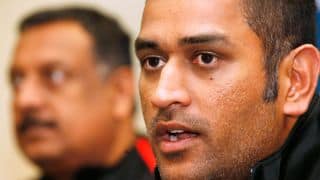