New South Wales‘ (NSW) wicket-keeper Peter Nevil speaks to CA TV after his side established themselves in a commanding position against Western Australia (WA) in the Sheffield Shield final at Canberra.

Nevil said that NSW,who have a commanding lead of 510 should hopefully have a good session and try and win the match thanks to Josh Hazlewood’s six-wicket haul.

WA were shot out for 180 all-out thanks to Hazlewood’s impressive form and had Mitchell Marsh top-scoring with 92.

Though NSW lost two quick wickets in the form of Ryan Carters and Nic Maddinson early on still Nevil maintains that they have a very good chance of giving a huge target to WA and shutting them out early. 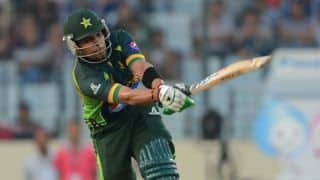