A video of South Africa's batting in the first innings of the one-off Twenty20 against India at the Wanderers on Friday.

South Africa posted 219 for four in 20 overs against India in the one-off Twenty20 international at the Wanderers.

Colin Ingram was the top scorer with 78 while Jacques Kallis made 61. India's part-time off-spinner Suresh Raina picked up two for 49.

Electing to bowl, Mahendra Singh Dhoni's men found themselves at the receiving end of the Proteas' onslaught as Ingram and Kallis added 119 runs for the second wicket in just 13.2 overs at the New Wanderers Stadium. 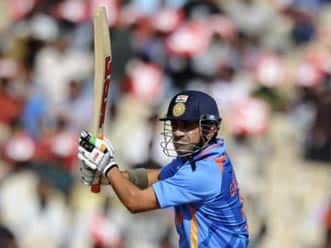