A video showing a blazing innings by India's Gautam Gambhir which could not prevent a South African win in a rain-hit one-off Twenty20 international at the Wanderers Stadium on Friday.

Gambhir slammed 49 not out off 28 balls as India raced to 71 for no wicket in 7.5 overs in reply to South Africa's 219 for four in 20 overs. But South Africa's big total meant that India were 11 runs short of the Duckworth/Lewis par score when a thunderstorm broke over the ground.

Kallis made 61 off 42 balls and the left-handed Ingram raced to 78 off 50 deliveries after South Africa were sent in to bat. The pair put on 119 of 80 balls for the second wicket.

Richard Levi gave the hosts a fast start, hitting four boundaries before being caught at slip for 19 off seven balls.

The Kallis-Ingram stand enabled the later batsmen to go for their shots, with new cap Farhaan Behardien hitting an unbeaten 20 off 11 balls and Justin Ontong 22 off seven before Albie Morkel, coming in with only three balls remaining, hit Suresh Raina for two sixes and a four. 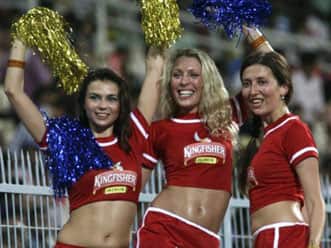