A video of South African captain Hashim Amla‘s pres conference after his side’s historic series win over Sri Lanka in their two-match Test series. South Africa forced a draw in the second Test to lift the series 1-0, having won the first Test by 153 runs.

According to AFP,  a gritty South African tail fought off Sri Lanka’s spinners to snatch a nerve-jangling draw in the second Test and seal a historic 1-0 series win on the island. The series victory propelled South Africa to the top of world Test ranking ahead of Australia and also ended their 21-year-old jinx in Sri Lanka where they last won a Test series in 1993.
South Africa had won the opening Test in Galle by 153 runs to go 1-0 up in the two-Test rubber. Chasing a target of 369, the visitors were reeling at 148-8 but tailenders Vernon Philander (27 not out) and Imran Tahir (four not out) hung on in the final nine overs to finish on 159-8. 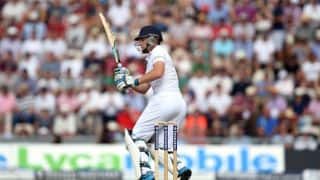 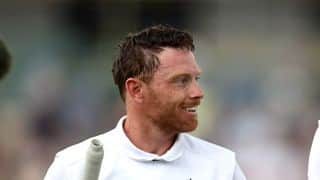