The video talks about the Indian legend Rahul Dravid born on Jan 11, 1973. The tribute to Dravid shows a few quotes by Indian cricketers like Virender Sehwag and Sunil Gavaskar on the legend. Sehwag had once said that “Dravid is the perfect cricketer.”

It also gives snippets of his great knocks like at Adelaide against Australia in 2003-04, his double ton against Pakistan at Rawalpindi in 2003-04 as well as his knock of 50 of a mere 22 balls against New Zealand in 2003-04. His extraordinary catch to dismiss Moin Khan in the CU tri-series in Australia in 1999. His superb slip catching is also talked about. 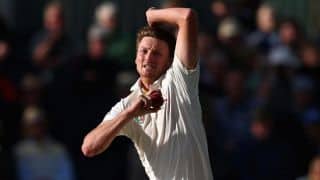